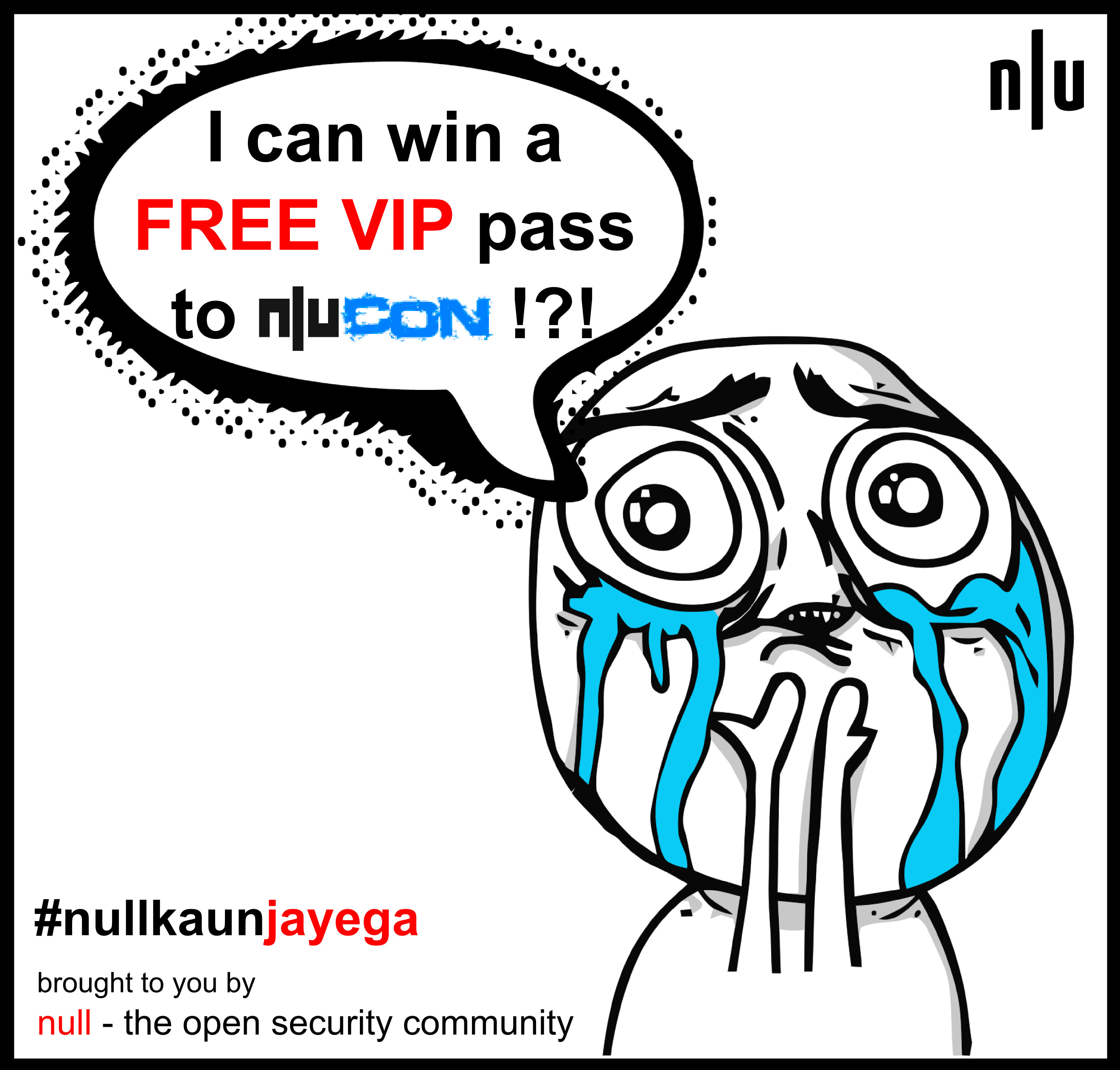 How do I participate?

To participate in the contest, you just need to follow 3 simple steps:

And that’s it. It’s that simple.

When do I start?

Now! The contest ends on Feb 1st midnight (IST). The winners will be announced on Feb 2nd. You can tag as many pictures as you want. So hurry along and get clicking.

What happens if I win?

On Feb 2nd, the names of the winners will be announced on our Facebook and Twitter accounts. We’ll get in touch with the winner directly to give away the grand prize – a VIP Pass to NULLCON.

What am I up against?

I have more questions. Where can I get an answer?

You can tweet to us directly @null0x00 or write on our Facebook wall with the hashtag #nullkaunjayega and we’ll answer your questions.

P.S: It’s always a good idea to get permission from the people you’re taking a photo of before you put them on any social media channel

EDIT – The contest end date has been moved from Jan 30th midnight to Feb 1st midnight, 2015. We’ll announce the winners on Feb 2nd.