Nullcon 2014 happened at an interesting time for me. I had moved back to Bengaluru (from the US) 3 months ago and was trying to understand the Information Security scene in India. After attending a couple of null Meets in Bengaluru, I was excited about the variety of areas folks were working on. One of the volunteers in Bengaluru told me about nullcon and encouraged me to attend. While I had heard of nullcon (my colleague Ksenia had presented in 2013), I did not know much about the conference. After a little bit of research about the conference and looking at the lineup of speakers, I decided to give it a shot. The fact that it was being held at a sea-side resort in Goa, certainly made the decision easier.

The conference made a great first impression with the cool hardware badge they provided. From students to seasoned professionals, private firm employees to government representatives (defense included), entrepreneurs to consultants, it was an interesting mix of people to interact with. Luckily, the scheduling of the conference, with sufficient breaks between talks, provided ample time to interact with the crowd. But even if you missed out on the interactions during the day, the wild (some would say too wild :) ) after-party made up for all the lost time. 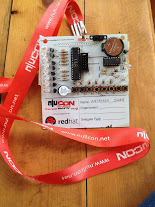 While the warm breeze, beautiful sunset and the cool people are great perks of nullcon, the prime attraction are the talks. I was quite impressed with the variety of talks presented during the two conference days. There also seemed to be a conscious effort from the organizers to provide a platform for different stakeholders from InfoSec. There were government officials talking about the necessities of “arming” ourselves in the area of cyber security and there were folks trying to hack into our TVs. There were talks on how our tiny (in terms of revenue) industry has grown over the last decade and how security folks can make it easy for QA (Quality Assurance) teams to do application security. There were some new tools introduced, and there were some new tricks with old tools demonstrated. Overall, it was fair to say that there something in for everyone and then there was a little more. You can find the list of talks here.

Apart from the talks, there was a lot going on in the conference. From hacking competitions to tool demos by its developers, there was hustle-bustle at all times during the conference which I enjoyed the most.Back from the conference, I decided to spend more time with null and hence started volunteering. I am now one of the chapter leads for null Bengaluru and will also help organize nullcon 2015. 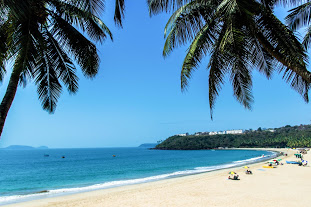 This blog was written by Sandesh Anand, who is a software security professional and a chapter lead at null Bangalore.